coffee rings consists of relief prints that were produced by Robert Stokowy. Following a written score, specifically framed for the production of this series, monotypes were made as part of an ongoing research process. The visual artifact becomes a silent sonic piece while it also can be read and interpreted as a visual score for further productions (sound installations, performances in dance & sound). Robert Stokowy

For the EOC, the prints were processed to an animated score. Each musician gets assigned an area of the screen, interpreting the coffee rings which appear within it. 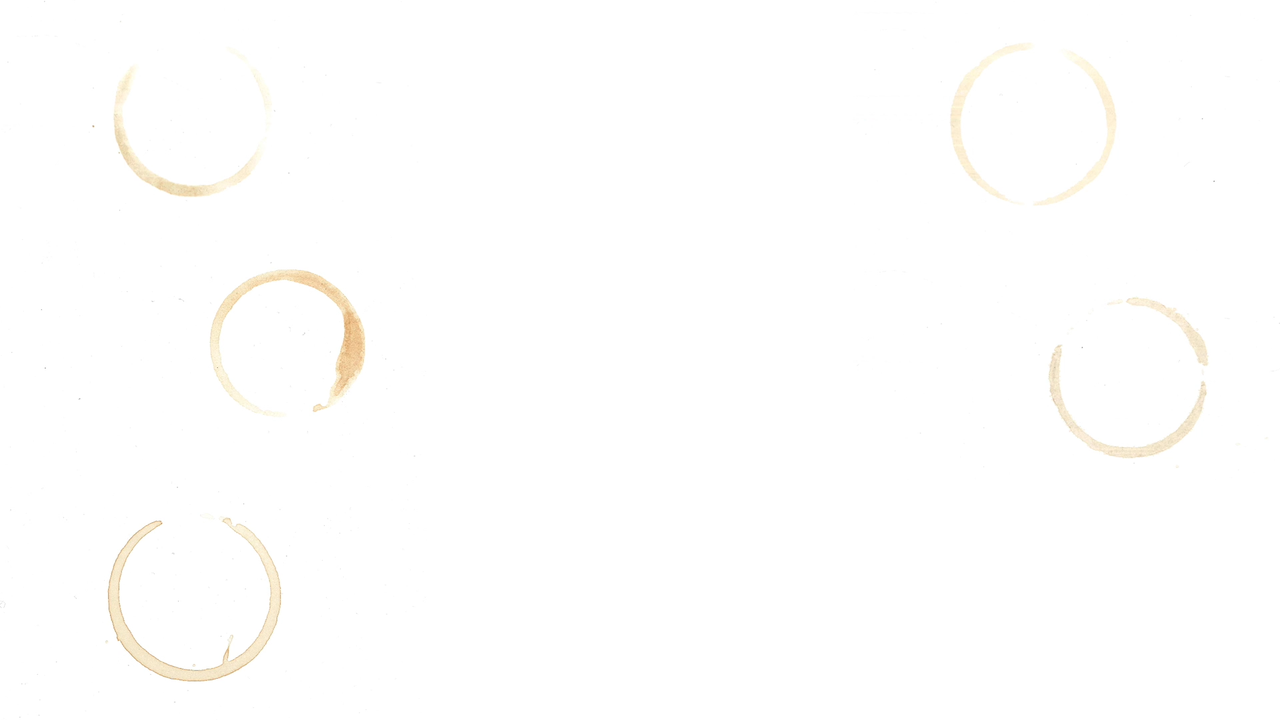